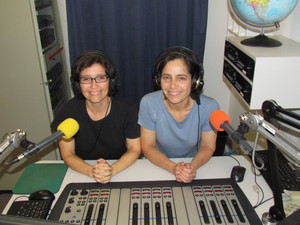 Viva Latinoamerica! Is a one hour bi-weekly live show in Spanish, aimed to publicize and disseminate Latin American culture, and information about current issues and news from Central and South America, plus Mexico in North America. Viva Latinoamerica! also aims to contribute to the creation of links between immigrants of Latin origin in New Zealand, and to their assimilation into their adopted community.
Viva Latinoamerica! has a well defined editorial line that supports the principles of Latin American Unity, Social Justice, Pluralism and respect of Diversity in all its forms, Defense of Human Rights, of Indigenous People and a firm defense of Life and the Environment. Consequently, we support and publicize all initiatives that promote those core principles.
Viva Latinoamerica! is presented in Spanish by two Chilean broadcasters, Luz Zuniga Vega and Jessica Diaz who have lived in Nelson for over seven years. Regular features include a selection of traditional and modern music made by Latin Americans, news, current affairs, commentaries, interviews and local information.
Viva Latinoamerica! interviews are generally presented live at the Fresh FM studio, sometimes via a phone link to a guest in South America or if timing is a problem an interview is pre-recorded. We regularly connect with a journalist based in Chile who brings current issues making news in the region to our broadcast.
Viva Latinoamerica! provides air time for local Latin Americans involved in different activities within the community, from arts and music to event organizing, and we maintain a Facebook page where we receive feedback, information and suggestions from our listeners in New Zealand and overseas, as a result of live streaming. 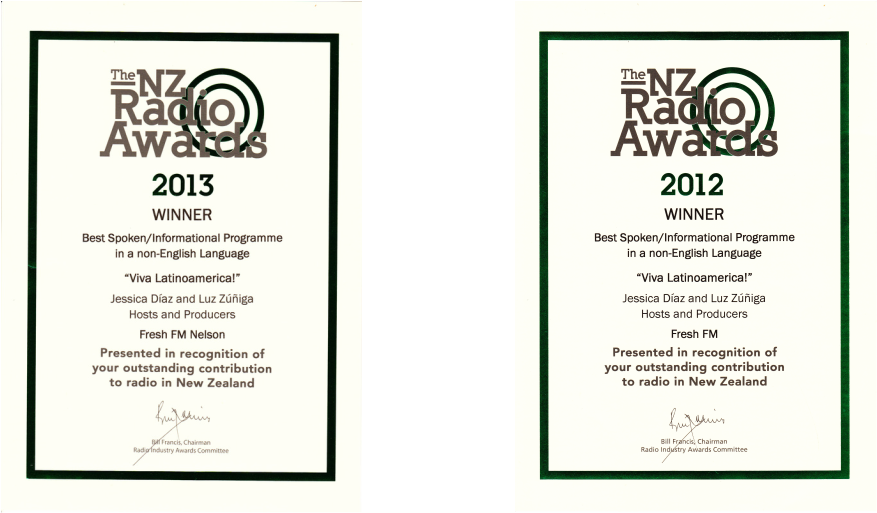